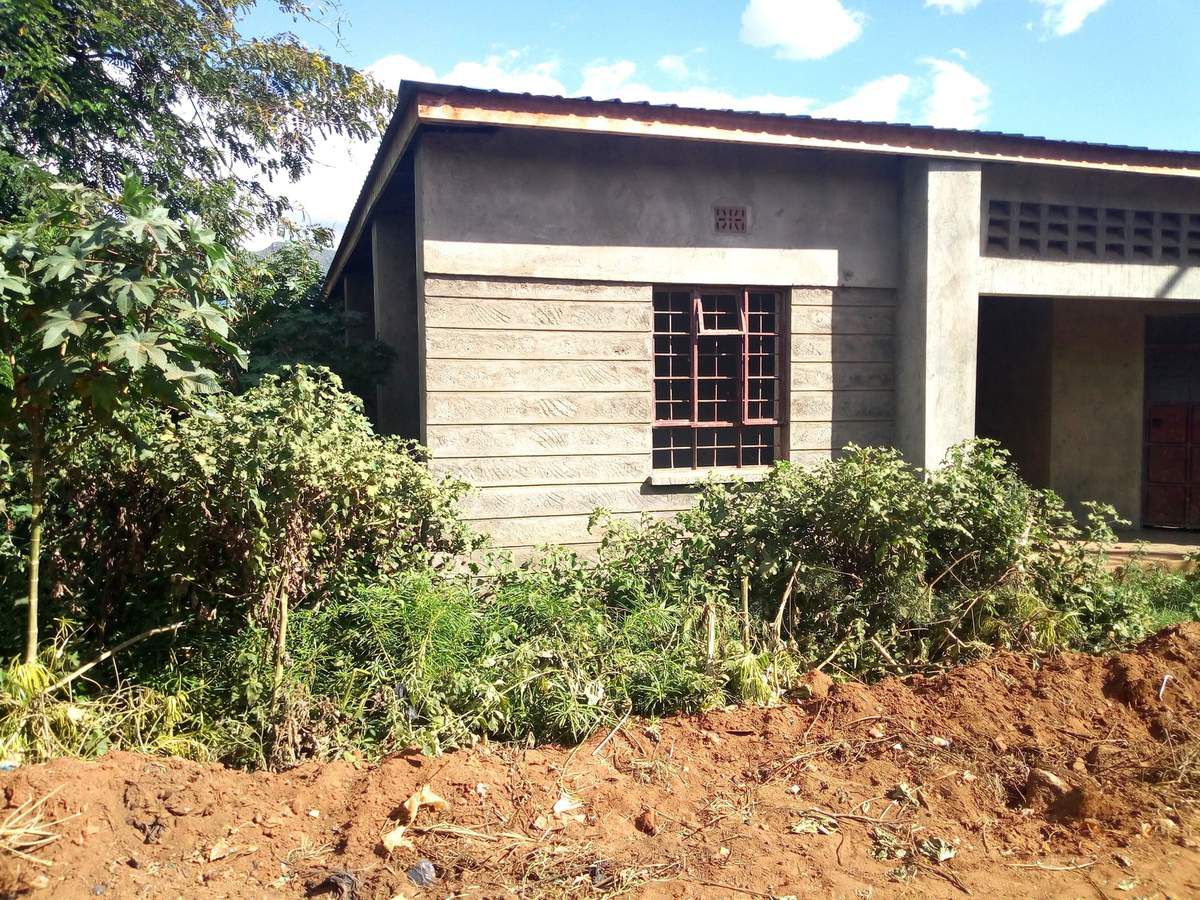 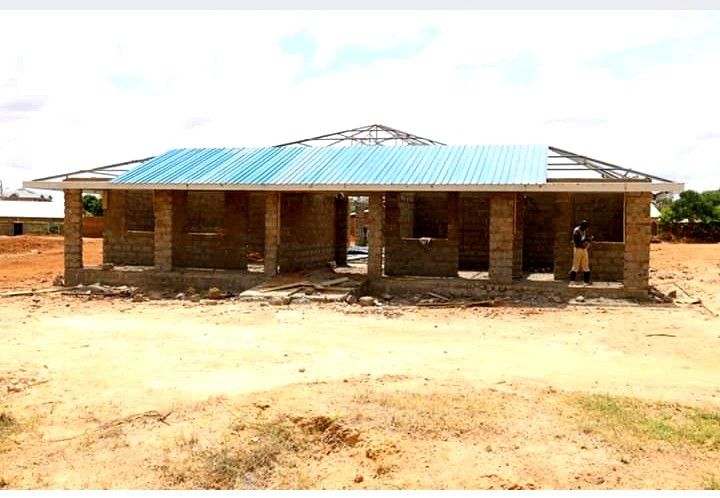 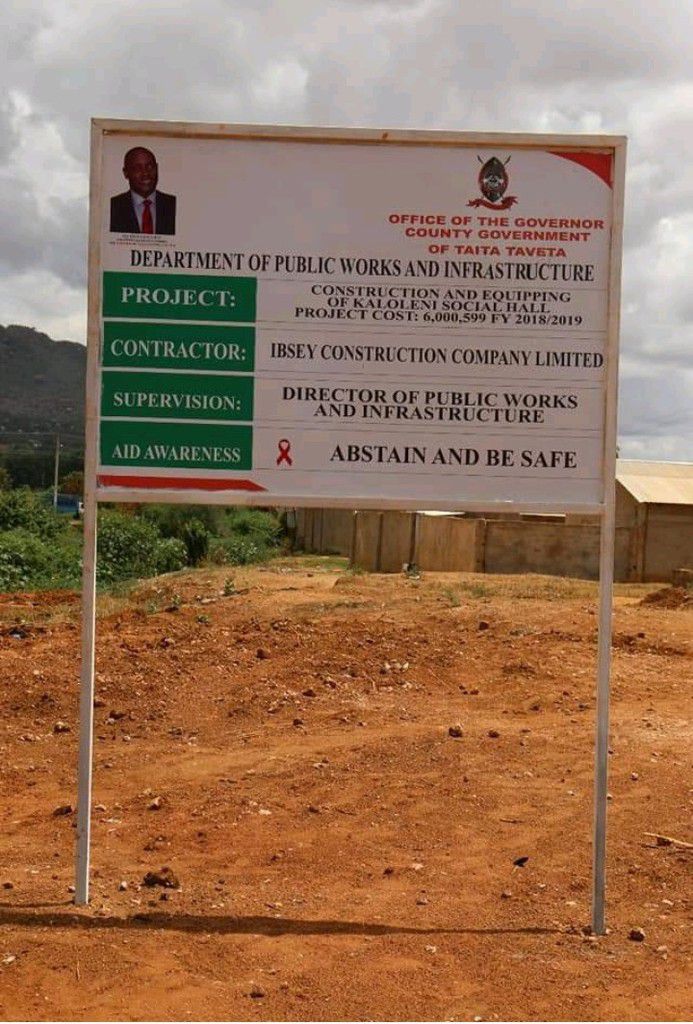 Social halls or community halls are ideally meant to be rendezvous where meetings  and social gatherings are held. They can also be used as recreational facilities where youths can meet to showcase their talents and in the process the government can raise revenue.

During the final years of the Mruttu administration to date, more than seven social and community halls have been mooted in Voi sub-county. Some are still incomplete, others have stalled altogether, while a few others are grossly underutilized.

In spite of this, the Samboja administration, instead of reviving the stalled halls and completing them; is starting new ones, a clear case of misplaced priorities and misuse of public funds; more to the chagrin of many Voi residents.

Majority of these halls were initiated by the Mruttu administration at a cost of Sh 5m each.

Of these, the only social hall that is centrally located in Voi town and has been utilized fully is the Dan Mwazo hall, which also houses the Voi MP and CDF offices.

The Sofia Bona hall which is being  run by Sofia Bona Youth group has been up and running but still not fully utilized.

“The Bondeni social hall has been a matter of great concern to Voi youths and Bondeni residents since it stalled more than three years ago. The facility is now surrounded by the invasive mrashia (prosopis) and other bushes which could make it a hide out for criminals,” laments Martin Madaraka, a human rights and youth activist in Voi.

He says the hall should be completed and handed over to the Bondeni Youth Group so that they can use it as a recreational facility to nurture talents and earn some income.

He says at some point the Bondeni youth group wanted to take over the project and complete it but could not do so due to lack of funds.

The Bondeni Social hall project does not even have a signboard indicating who the contractor is and how much the project cost  as the law demands. The project was mooted during the Mruttu administration.

However, Madaraka  says the county government has pledged Sh 1.2 million for the completion of the project.

At the moment fresh controversy has arisen over a new social hall being put up by the Samboja government at the  Kaloleni suburb  at a cost of more than Sh 6 million.

The hall is being constructed by Ibsey Construction Company Ltd.

Some county residents expressed mixed reactions on the project, mainly on social media, with some saying the figure of Sh 6m could be inflated while others opined that it is not a priority in  Voi sub-county.

“Instead of having  several halls spread out in Voi sub-county; and which are never completed, the county leaders should have put up ,say two, strategically located social halls, which should be properly managed,” says Mercy Mwali, a Voi trader.

According to Mzee Oliver Mwakirani, the Talio hall was not a priority in the sparsely populated Talio Nyika area in Sagalla ward .He said water shortage and human/ wildlife conflicts are the main issues they want leaders to address.

“Since the hall was put up more than three years ago by the previous administration, it has remained largely incomplete; no water, toilets and electricity”  said Mzee Mwakirani.

Contacted for comment, Sagalla ward MCA Godwin Kilele said the Talio Nyika social hall was operational and had been connected to the grid.

“The hall has been furnished and meetings are being held in the facility,” said Kilele.

However, Mzee Mwakirani said the chairs were usually brought to the hall during the MCAs meetings and taken away after that.

“The MCA is not being honest. I come from that area and I know that the hall has no electricity. The furthest electricity has been connected in the area is the Sagalla Talent Academy,” said Mwakirani.

How Taita- Taveta County lost investment opportunities worth over 80 billion
Outrage and intrigues in Sh4.8 billion Voi sisal land deal
Comment on this post
C
carpet cleaning services
04/27/2020 10:13
Along with a dedication with the highest high-quality of competent cleaning expertise and a for feature, a decent cleaning service can certainly make your chaotic lifestyle some easier. Ideas presented once considered an extra is now necessary! You get the job done hard for one's money and even deserve to live a life and work at a beautiful environment they'll impress almost everyone who walks because of the door. We have a lot of referrals as a result of customers exactly like you who have been completely thoroughly convinced by much of our thorough, helpful, and cost effective home and even business expertise. Call much of our cleaning service in the highest high-quality of feature, professionalism, and customer service network. Let us pay attention to the rest to aid you to enjoy the spare seconds of spare time!
Reply
A
Annie more
01/01/2020 14:36
i want to testify about the great spell caster called Dr Azuka my husband and i have been married for 5 years now we don't have a child and the doctor told us i can't give birth because my womb have been damaged due to wrong drugs prescription this got me so worried and my husband was not happy so he decided to get married to another girl and divorce me i was so sad i told my friend about it she told me about a powerful spell caster she gave me his email address well i never believe in it that much though i just decided to give him a try and he told me it will take 24hrs to get my husband back to me and i will get pregnant i doubted him the 3rd day my husband came back to me and was crying he said he didn't want the divorce anymore 3 weeks after the doctor confirmed that i was pregnant he can also help you contact him via email: Dr.azukasolutionhome@gmail.com What’s app or call: +44 7520 636249‬
Reply