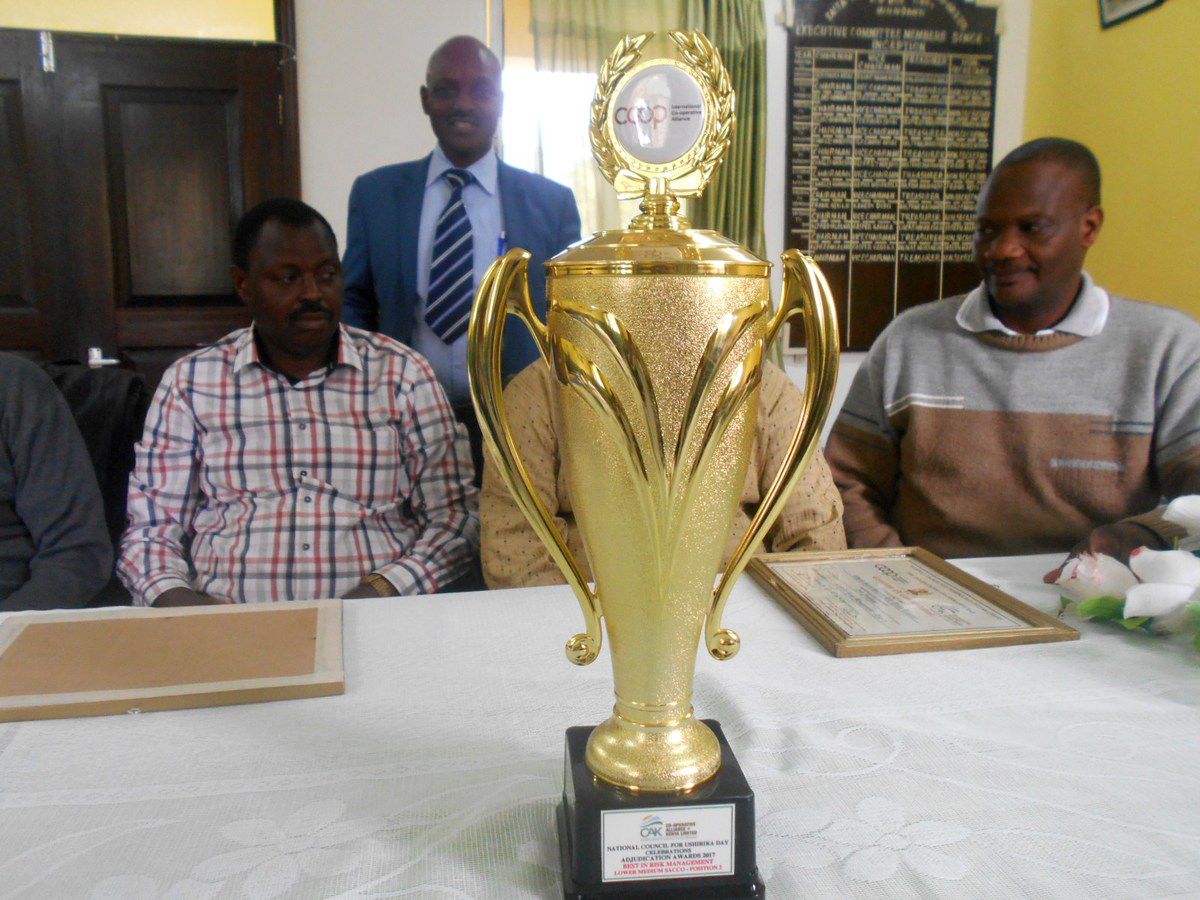 Qwetu sacco has once again emerged among the best saccos in the country as second best most improved sacco and also second best nationally in risk manasgement .

The announcement was made in Voi during this year’s events to mark the World Cooperatives Day which was attended by numerous saccos in the county and hundreds of wananchi.

The rating was done by the National Council for Ushirika Day Celebrations.

“We have been working around the clock to ensure that Qwetu sacco earns itself an enviable postion as the sacco of choice for its members and we are glad to see that our efforts have now borne fruits by being ranked among the top best nationally”,the two offcials said.

They went on: “All our members should rest assured that they are investing in a sacco with a sound base and bright future where their savings are in safe hands as well as in an investor friendly environment”.

During the sacco’s Annual General Meeting held at the Galaxy Resort in Voi in April this year, it was noted that Qwetu sacco has made major strides both in membership growth,assets value and products diversification.

This was attributed to increased contribution by members on a monthly basis and the increase in members who are actively contributing.

Qwetu sacco has also recorded an impressive growth in the uptake of development loans, one of the new products from the sacco.

“The long term development loans are among our new products which are attracting more members who can now take up to 84 months to repay the loans which range from Sh500,000 to Sh 1 million depending on their savings”, says Mr Kaba.

The CEO says that the sacco is working out mordalities where mobile money transfer sysytems can be put in place so that eligible applicants can access their loans from their mobile phones, which will in essence ease the costs members incur in travelling to the sacco offices to process their loans.

Towards that end, the sacco plans to partner with Safaricom to procure smart phone for its members and more so the teachers.

“Moving forward, the sacco has realised the key role played by the agricultural sector in our economy and has deemed it fit to employ an agronomist whose main work will be to sensitise and give relevant advice to members on agribusiness and related business ventures”,says Mr Kaba.

Alongside this, the sacco will also endeavour to derisk members livestock businesses by insuring animals such as livestock and chicken against the adversities of nature and vagaries of bad weather.

Other diversification of Qwetu sacco activities include the Qwetu Sacco Green Product which entails working with communities to promote the use of affordable clean energy.

The sacco has also been collaborating with Taita Biogas Limited which has been training and sensitizing farmers  on the advantages of using biogas as compared to other fuels.

In a bid to expand its operations base, plans are at advanced stage to open up a branch in Mombasa where a consultant has completed the base survey on the viability of the project.Plans are also on the cards to put up a Sh 30m office block in Voi toprovide business space for the sacco branch, which are curently being offered from rented premises.Plans are also being fast-tracked on the Mwatate and Taveta plots so that more office blocks can be set up in these sub-counties.