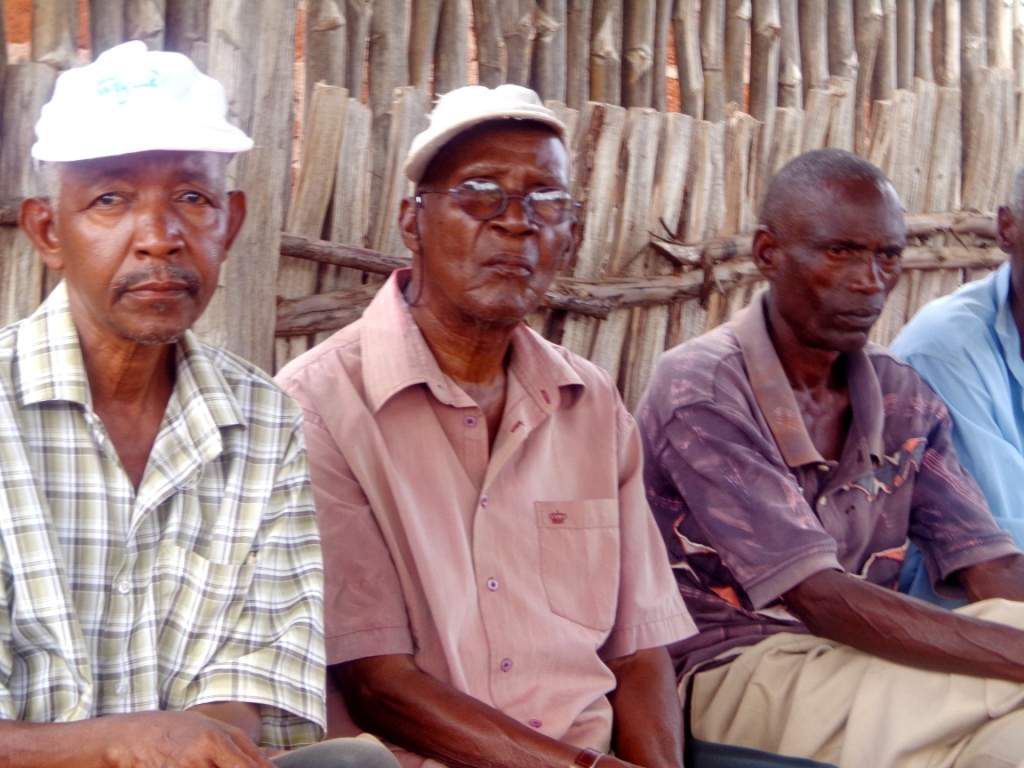 Sometime back, a leader in Taita -Taveta County stirred the hornet’s  nest when he asked members of his community to ditch family planning and reproduce in large numbers so that the number of voters could increase.

The leader, who is usually not given to controversy, caused a heated debate  after alleging that other communities were not practicing family planning and were reproducing in large numbers, unlike his community where family planning “had become a tragedy”.

As misleading as this might have been , the term “tyranny of numbers” has begun to gain currency in the recent past.  Given Kenyan’s pride in numbers, most people would feel proud to belong to the largest community in the country.

In fact to some, the sheer size of their community might be (mis) interpreted to mean socio-economic empowerment.

But how would one feel if they come from a small community that is nearing extinction, so small and seemingly insignificant to an extent that even their name did not appear in the last national census?

That is the fate of the Wariangulu, a tiny vanishing community found scattered on the fringes of Tsavo National park in Voi and Kwale counties.

They live in poverty and destitution. Most of them have no formal education. Majority live in areas too hostile for any meaningful means of agriculture or livestock rearing.

Statistics show that they number between 700 and 1,000 people.

“As you can see we are leading a life of poverty and misery. The small plot where I grow my crops is no longer productive so we have to rely on relief food. It’s a hard life”.

These are the pitiful words of 56 year old Halaku Mwachofi, a Mriangulu married to a Taita. She lives in Birikani village near Tsavo East National Park.

Another member of the Wariangulu community living in abject poverty is Mzee Neko Abarufa( 67).

The grey-haired old man says he relies on relief food as he has nowhere to farm or keep livestock.

Another Mriangulu, Galgalo Ngonyo(72) is in no better situation. With a forlorn look on his face he reminisces about the days when he was employed as a casual in the then Royal Tsavo National Park.

“There are a lot of things people do not know about the Wariangulu. Most of the things people say about us are misguided, false and paint our community negatively, chief among them being the belief that Wariangulu women are a bad omen and bring misfortunes to families,” says Willy  Kazungu another Mriangulu in Voi.

Though he seems better off than the others, he still feels the pain of being neglected,  marginalized and stigmatized.

With a wry smile, he asks: “ Take a good look at us. Do we look any different from the rest of the members of the society?”

Kazungu laments that the government has neglected the Wariangulu community and sits back to watch the community become extinct.

He points out that no single Mliangulu is in any position in government.

“There is not even a single assistant chief from our community, leave alone a chief,” says Kazungu, a retired KWS staff, with a frown on his face.

He says this is against the spirit of the new constitution.

Chapter Four of the new constitution namely The Bill of Rights, Section 56, among other things, says minorities and marginalized groups should be provided with special opportunities to access employment and develop their cultural values. This has not been true with this vanishing community in Voi.

The Waringulu, whose roots can be traced back to Ethiopia, are a nomadic hunter –gatherer Cushitic community .Their original name was the Wartha.

A story is told of a Mriangulu hunter at the  Galana area of Tsavo who had gone for days without getting any wild animal worth killing for food. Hungry and distraught, he came across a tortoise and grabbed it and lit a fire to roast it. Members of the Giriama community spotted him and in shock and consternation screamed out: “Ano mana ria ngulu!” (This man wants to feed on a tortoise!”).

Since then the name changed gradually to Wariangulu, deriding the community as people who feed on tortoises.

The Wariangulu are know in history as among the most accomplished hunters in Africa, and have also been called, “The elephant people”.

This community hunted with precision, but only for food and not ivory.

The most notorious hunters known in recorded history of Tsavo were Abakuna Gumundi and Galgalo Kafonde.

However, the Wariangulu suffered a major blow, which completely changed their lifestyle, when the Tsavo wilderness( where they hunted and gathered fruits and wild honey,) was gazetted as a national park in 1948.

This forced the community to abandon their nomadic and hunting lifestyle to a sedentary one, on the fringes of Tsavo such as Birikani in Voi and Kilibasi in Kwale.

“ The Wariangulu suffered a major blow, which completely changed their lifestyle, when the Tsavo wilderness( where they hunted and gathered fruits and wild honey,) was gazetted as a national park in 1948”.

Other equally smaller tribes in Kenya also cry out for recognition

While the extremely tiny tribe of Wariangulu laments on poverty and marginalization , other relatively smaller communities in Kenya are not left behind in the  clamour for more recognition in terms of jobs and other privileges.

The term “tyranny of numbers” has recently become a popular catch phrase and a local leader in Taita-Taveta County recently stirred controversy when he called upon his tribesmen to ditch family planning so that they could give birth to more children which would in turn translate to votes.

Figures obtained from the last national census indicate that about 8 communities in Kenya number less than 100,000 people.

An audit report by the National Cohesion and Integration Commission (NCIC) has unearthed great injustices in the public service jobs sector. The culprit in question is the government, which according to the audit, has offered jobs selectively to certain tribes, breeding inequality.

In this report, more than a third of employees hail from one tribe. It further reveals that 8 departments of the government are breaking the law in this regard.

These revelations come against the backdrop of a new dispensation as provided by the new constitution.  It is certainly a huge injustice on the smaller tribes that are also part and parcel of Kenya. The new constitution champions for equality and more so, inclusive opportunity for wholesome development in the country.

All other smaller tribes make up about 2 per cent of the Kenyan civil service. These communities include Taita, Maasai, Borana, Turkana and Teso. There are other factors that arise that are deep seated.

Poverty and marginalization by previous regimes has contributed to the woes of these smaller communities.

The NCIC Act requires that no community should exceed one third of civil service posts and more than 10 government departments have broken this law.

In the police department, it was noted that almost 21 per cent of the staffers are  from a dominant tribe in the Rift Valley, while other tribes are scattered with lower percentages.

According to a  NCIC official, there is nothing wrong in discussing these issues openly. “We must not shy away from candid debate of the issues because in it shall be found the solutions to our problems, he said.

Now that the state of affairs in this regard is known, the next step will be to find a solution that brings on board equality to create a Kenya that all tribes and communities can be proud of.

Of prime importance in any  small community is its language which is their basic identity.

There is a general consensus that the loss of languages harms the cultural diversity of the world, although some linguists argue that it is a natural process that does not require remedy.

Many projects are under way aimed at preventing or slowing this loss by revitalizing endangered languages and promoting education and literacy in minority languages. UNESCO has been at the forefront in keeping tabs on the vanishing languages of the world.

Across the world many countries have enacted legislations aimed at protecting and stabilizing the language of indigenous communities. A minority of linguists have argued that language loss is a natural process that should not be counteracted, and that recording endangered languages for posterity is sufficient.

Only a small number speakers of endangered languages consider it a good thing that their indigenous language might be lost, although many consider that switching to a majority language is likely to alleviate social stigma and increase economic opportunities.

However the  majority of speakers of endangered languages consider the loss of their language to be a vital break with their cultural identity and tradition, and many work actively to counteract the impending language loss, often working closely with linguists in revitalization projects.

Most businesses struggle with disparate data. At Elephants Can Dance, we work with our clients to identify, consolidate and organise your data to enable customer centric marketing.