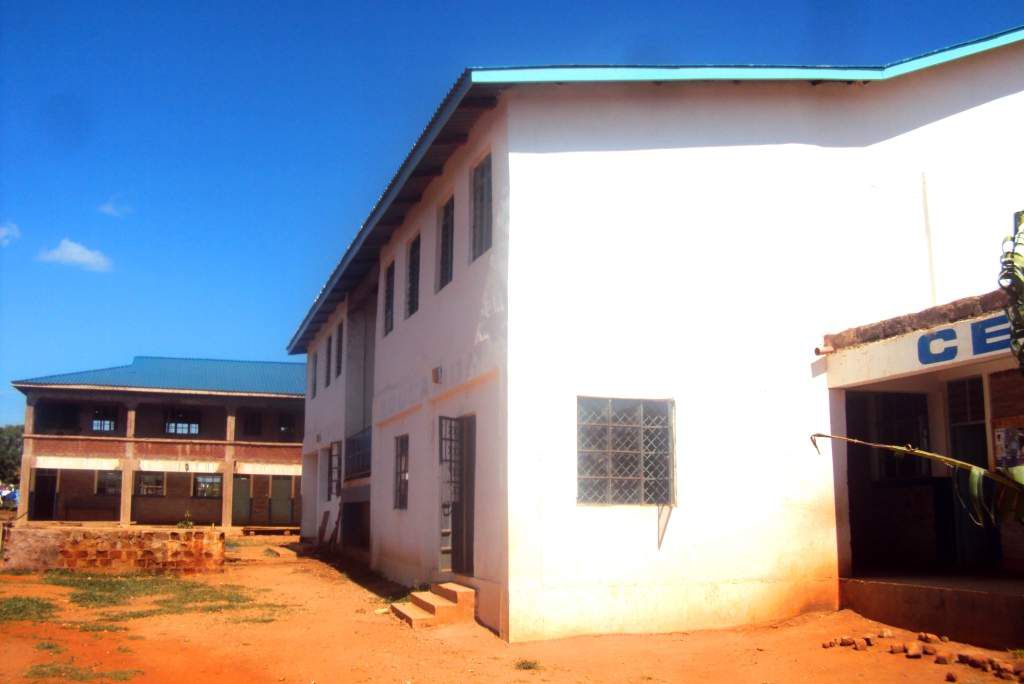 Controversy has erupted over the relocation of a Sh 30m secondary school in Voi, Taita-Taveta County to pave way for the Standard gauge Railway(SGR) project.

The Voi Girls Education Centre which was built  with CDF funds is located at the Tanzania –Bondeni settlement scheme on the banks of Voi river which is prone to floods.

However, matters have reached a head following the construction of the SGR railway line, with the ongoing works causing both noise and dust pollution and making the surrounding environment unconducive for learning.

When  i-mpact news visited the school yesterday students were playing at the school ground as heavy machinery continued working on the SGR project nearby.

“All stakeholders have agreed that the school has to be relocated as the ongoing railway works have rendered the surrounding environment unfit for learning,” said Voi district education officer Mr Kennedy Machora .

Mr Machora said the responsibility of deciding which location to move the school rested on the local leaders.

“It’s upon the county leaders and the school management to get a safe location for the school otherwise if the institution remains where it is, it will become totally chaotic for learning to take place when the SGR trains begin using the railway line,” said Machora.

Controversy has continued to dog the relocation of the institution with Tanzania-Bondeni residents saying they had to be consulted as they are the ones who allocated the area where the school is built under the then GTZ plan.

The school principal Ms Mary Mwasaru said four alternative sites had been suggested but there were other issues that had to be ironed out such as the right owners of the land and the size that would be allocated.

“There have been suggestions that the government buys land from the former Voi sisal estate but so far issues of the land lease are not very clear. An alternative place would be the Vindo Multipurpose Cooperative Society who are proposing to give away about 11 acres of the land for the school project,” said the school administrator.

“The other alternative area that had been considered was Mzambaraoni area near the Voi forest, but this would pose an environmental problem as the land is located smack on the banks of Voi river”, said Ms Mwasaru.

She pointed out the area of Vindo would not be enough as they required between 20-30 acres of land for future expansion.

However, the chairman of the Vindo Society Benedict Mghanga said the institution currently sits on 12 acres of land and what they were offering was almost equal in size.

“We have other sections earmarked for primary and technical institution and we can still negotiate and increase the size of land the institution can take,” said Mghanga.

However, he lamented that some leaders with selfish interests were lobbying for the relocation of the institution to a certain piece of land where they had vested interests and would benefit financially from the SGR compensation.

The Voi Girls Education Centre has a student population of 600, 250 day scholars and about 350 boarders.

The school has been absorbing girl students who were initially at Mwangea and Voi secondary schools which have now been converted to boys’ schools.

Humour:Crying for a society on the brink of moral decay
Controversy over relocation of Voi school over SGR project
Comment on this post

What ever is the issue or relocation schools must be provided with proper equipment to the students. Especially the girls high schools supported with enormous funds in order to support heir education.