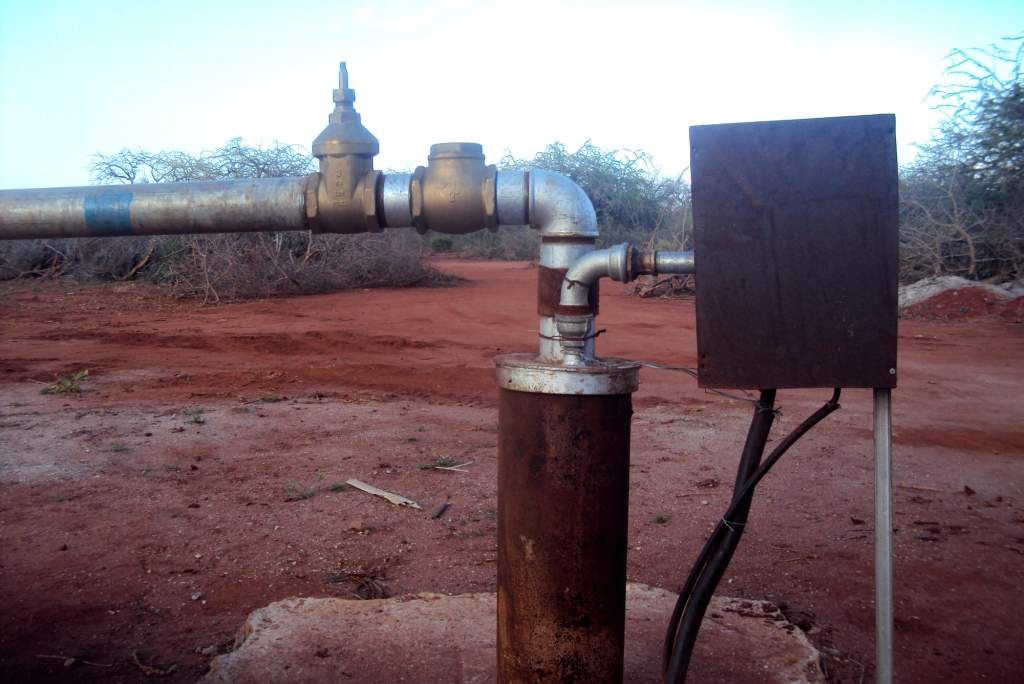 We branch off from the main Nairobi/Mombasa highway and take a dusty road into the expansive Izera ranch.

After about half an hour we arrive at the Izera farm about 28 kilometres from the main highway.

The farm is like an oasis in the middle of an area that is perennially hot and dry.

John Ndigha, who is in charge of the farm conducts us around the horticultural unit which is booming with both sweet  and water melons as well as a variety of vegetables and fruits.

We quench our thirst with juicy melons which Ndigha generously slashes down for us.

“We have ringed 60 acres of the ranch with an electric fence to keep off wild animals especially elephants which have a voracious appetite for melons”, says Ndigha.

The farmer says the electric fence cost about Sh2.5 m and gets power from a solar energy system installed in the ranch.

The solar system also provides energy for powering the pumps installed in the six boreholes drilled at the vast ranch.

“Out of the six boreholes, three produced fresh water while the rest are salty. However, contrary to what people believe, salty water from the boreholes cannot be condemned wholesale as it can be used to water the livestock. It only becomes a problem when used to irrigate fruits such as melons as it affects the usual sugary taste of the fruits,” says Ndigha.

He says the  horticultural unit, being part of the ranch, gets manure from the livestock, saving on cost of buying fertilizers.

“Manure is the best as it improves the soils quality by holding soil grains together and hence helping in retaining water,” says Ndigha.

The farmer says use of drip irrigation has proved very effective for the model farm, with yields of melons reaching up to 1 tonne for a single harvest.

The farmer says returns of up to Sh200,000 for a single harvest for melons has been realized, excluding other fruits and vegetables grown in the model farm.

“We are modeling the ranch to become a center of employment and wealth creation and currently we have 100 workers. We intend to employ more workers now that the drought that we had been experiencing is about to come to and end”, says Wambugu.

The rancher says investing in a ranching project in a vast arid area teaming with wildlife is not a walk in the park.

“The major challenges we have had to contend with is supplying water in the ranch and dealing with marauding game,” says Wambugu.

He says sinking a  200-metres borehole can cost up to Sh 2m excluding the cost of a pump which goes for Sh 2m and a 125 KVA generator that goes for about Sh 2.5m.

“Even though our water is meant for our livestock and our crops we have been forced to set up three shallow water pans to  provide water for the wildlife especially elephants, otherwise they might wreak havoc in the ranch and farm,” says Wambugu.

The rancher pointed out that so far they have lost 4 cows which were devoured by lions while jumbos have destroyed two water tanks and wreaked pipes when searching for water in the ranch.

Wambugu says they have also encountered problems with poacher’s snares which sometimes end up ensnaring the livestock in the ranch.

We plan to modernize the ranch by setting up a fruit , meat and milk processing units. Diversification in the ranches is the way to go if these livestock establishments are to be sustainably managed”, says Wambugu, adding: “Kenya’s demand for red meat currently stands at 540,000 metric tones annually, a clear indication that there is a vibrant meat market in the country.

The rancher says processing of livestock products such as milk, hides and skins will also boost the economic potential of the ranches in the country and Taita-Taveta county in particular.

from the ranch during the Taita-Taveta Agricultural show in Voi.

3:A borehole at Izera Ranch

4:A high power generator at the ranch